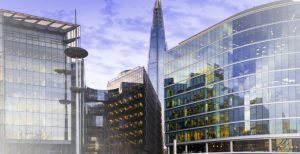 In reference to the case Harlequin Property (SVG) Ltd, (the Plaintiffs) vs O’Halloran (the “Defendant”) [2019] IESC 76, on 1 November 2019, the Supreme Court affirmed the High Court’s finding of fraudulent misrepresentation against the Defendant and dismissed his appeal.

In May 2008, the Plaintiffs, entered into a contract with a group of companies (the “ICE Group”), directed and controlled by the Defendant, for the development of a multi-million-dollar resort on the Caribbean island of St. Vincent, named as the Buccament Bay Project (the “Project”). The first stage of the Project was scheduled to be completed by 1 July 2010. In this sense, between May 2008 and June 2010, the Defendant made diverse representations to the Plaintiffs confirming such deadline. Relying on these representations, the Plaintiffs made a series of payments to the ICE groups to ensure the due completion of the first phase of the Project.

On the 23 July 2013, based on the above facts, the High Court granted judgment against the Defendant in the amount of €1,575,500 for fraudulent misrepresentation. The Defendant appealed the judgement, and the case was ultimately transferred to the Supreme Court where the Defendant represented himself.

The appeal focused on two main legal considerations: the legal status of findings of facts and the nature of the tort of deceit.

The Legal Status of the Finding of Fact

By virtue of its nature, an appellate court does not have the opportunity of seeing and hearing witnesses, and as such it is bound by the findings of the trial judge where such findings are supported by credible evidence. An appellate court will only set aside a finding of fact where, based on all the evidence, the version of evidence relied upon by the judge could not reasonably be accurate.

The Nature of the Tort of Deceit (i.e. fraudulent misrepresentation)

At law, a person that fraudulently deceives another and causes loss is liable for the tort of deceit. It is essentially a factual tort, with the following elements:

The Supreme Court upheld the High Court’s finding that each of these elements were sufficiently satisfied as follows:

Therefore, as a result of the misrepresentations made, the fact the first stage of the Project was far from completion by the 1 July 2010 deadline, and the large sum of monies tendered to the Defendant in relation to this Project, it could be shown that the Plaintiffs suffered sufficient financial losses.

The Supreme Court held that the present case was essentially a “fact case” and the High Court judge was fully entitled to accept and decide on the evidence presented to him. As such, the Supreme Court dismissed the appeal, but held that they would hear counsel on the form of the order and any ancillary orders, that may subsequently arise.

This case concisely sets out the elements for fraudulent misrepresentation and serves as a reminder of the importance of due diligence, regarding the individuals/companies with whom you do business, and the implementations of effective anti-fraud policies to deter such occurrences. It would be prudent to review your anti-fraud policies on a regular basis and ensure they remain up to date.

For more information, and any guidance or advice on issues related to fraudulent misrepresentation and transactions regarding the development of projects, Cleveland & Co External in-house counselTM, your specialist outsourced legal team, are here to help.