REGULATORY REFORM: SONIA to replace LIBOR – ARE YOU READY? 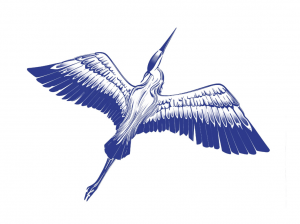 As a consequence of the London Interbank Offered Rate (“LIBOR”) scandal in which several bankers at many major financial institutions manipulated LIBOR by reporting artificially low or high interest rates to benefit their derivative traders, undermining a major benchmark for interest rates and financial products, a Bank of England working group (the “BoE Working Group”) was set up to implement the Financial Stability Board’s (“FSB’s”) recommendation to deliver alternative risk free rates to be used instead of LIBOR-style reference rates.

SONIA launched in March 1997, as an index to track the rates of actual overnight funding deals on the wholesale money markets and, unlike LIBOR, does not rely on submitters. The BoE estimates that the Sterling Overnight Index Average (“SONIA”), based on the new reformed methodology, averages approximately £50 billion worth of financial contracts each day, more than three times larger than the previous version.

Subsequently, on 23 April 2018, the BoE issued a series of reforms to the SONIA interest rate benchmark as part of its implementation as a replacement to LIBOR, including setting the interest rate benchmark using SONIA as a replacement to LIBOR, meaning that banks will no longer be compelled by the Financial Conduct Authority (“FCA”) to submit LIBOR rates beyond 2021.

IMPACT ON THE GLOBAL FINANCIAL INDUSTRY

LIBOR is a cornerstone of today’s global financial industry, and the significance of its replacement should not be underestimated. The shift away from the infamous benchmark will present yet another additional challenge for firms in the face of an ever-evolving regulatory landscape.

Considering how widespread and heavily relied upon the use of LIBOR is, it is essential to take into account the potential legal risks associated with making the transition from LIBOR to SONIA.  It is expected that the level of regulatory scrutiny around firms’ preparedness ahead of 2021 is likely to increase, making it prudent to be cognoscente of any applicable regulatory changes and to undertake an analysis of the risk of litigation that might arise in connection with the relevant interest provisions of any in-scope agreement.

It will be necessary to undertake a review of all existing documentation that uses LIBOR as a base rate against which interest is calculated, including, without limitation, investment management agreements, custody agreements, service agreements, loan note instruments, loan facility agreements, and ISDAs.

An important point to note with regards to the impact of SONIA implementation is the contract law principle of frustration, which sets aside a contract when an unforeseen event that occurs after the formation of a contract that makes performance of the contract impossible. Attempts might be made to discharge existing documentation relying on the doctrine of frustration arguing that a contract has become physically or commercially impossible to fulfil or the obligation to perform has been radically changed by reference to an inability to calculate interest due under any applicable agreement but such analysis would be required on a case-by-case basis.

SONIA will now be the basis for floating-rate, bank debt and intercompany financing. This is a complicated field and is to be addressed by the Bank of England’s Discussion Paper: Conventions for Referencing SONIA in New Contracts. Feedback has been sought by the BoE on the conventions proposed in the Discussion Paper and as such, it is not yet clear how term structures will be determined. Therefore, there is an element of “wait and see” regarding what will be become “market” for SONIA references in new contracts.

For both aforementioned tasks, it is important to note than an issue with any “fallback language” is that they may only kick in if the primary rate permanently ceases to exist. Note that the FCA has not said that LIBOR will permanently cease to exist, only that it will no longer require banks to contribute to it from 2021 onwards. Legacy contract fallbacks may only provide for the base rate being temporarily available for a short period of time, for instance, if the rate does not appear on the relevant screen page of a Bloomberg terminal due to a technical glitch.

With so many contracts set to be re-visited, re-financings and buys are the likely consequence of this shift in pricing calculations.

We offer a variety of legal services to our clients to help them adapt to legal and regulatory changes such as SONIA implementation as smoothly as possible. Our services range from light touch advice to full implementation. We offer legal advice on how SONIA implementation could impact your firm; and full and practical implementation of any of the steps you may wish to take (e.g. updating existing templates and preparing amendments to existing documentation).

For more information on or any guidance or advice in reviewing or updating your financial documentation, Cleveland & Co External In-House Counsel™, your specialist outsourced legal team, are here to help.