FCA Review of Principal firms and their Appointed Representatives 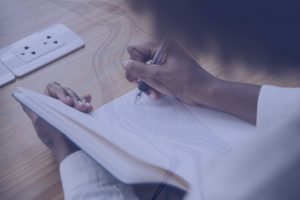 In May 2019, the Financial Conduct Authority (the “FCA”) published their findings of a review they carried out with respect to principal firms (“Principals”) and their appointed representatives (“ARs”) within the investment management sector (the “Review”).

The Review included a survey of 338 Principals each with between 1 and 80 ARs. Of the 338 Principals, the FCA visited 15 of them to carry out a more thorough review.

The findings from the Review identified a number of inadequacies predominantly in relation to a lack of understanding of Principals’ responsibilities for and the required level of oversight of their ARs.

The FCA found that Principals have insufficient governance arrangements in place which has resulted in:

Of the findings above, the one that stood out the most was the fact that Principals simply did not have adequate financial resources in place and the FCA found that more than 90% of the assessments carried out by Principals in this respect were not fit for purpose contrary to the FCA Rules under the Threshold Conditions (“COND”) 2.4.

Over the past few years, the FCA has seen a growth in the host AIFM model which typically reflects a Principal who is appointed as an AIFM to an AIF, with an AR typically appointed as the adviser to the AIF. Individuals from the AR firm may then be seconded to the Principal where they may undertake portfolio management activities (i.e. where the Principal registers the individual with the FCA as undertaking a controlled function and is approved to perform the customer-dealing function on behalf of the Principal). Under this arrangement, the AR may refer to itself as the ‘fund manager’ within the marketing documents of the AIF however, legally this role is fulfilled by the Principal as the appointed AIFM.

With respect to the host AIFM set up, the principal concerns the FCA found were that:

As a result of the above concerns identified, the FCA have stated that they will continue to asses this hosting model in particular.

The fundamental responsibility of Principals is to ensure that its ARs are fit and proper to deal with clients of the Principals and also to ensure that clients dealing with ARs have the same level of protection as if they had dealt with the Principal itself as per the Supervision Manual (“SUP”) 12.1.3G. The oversight responsibilities imposed on Principals under the FCA rules make clear that the Principal must hold full accountability for ensuring their ARs comply with the FCA rules, including any liability or misconduct within the AR.

No contractual arrangements can remove the ultimate responsibility of Principals therefore, if for example, any customers of the ARs have suffered a loss as a result of actions/omissions taken by the AR then the Principal will be responsible for resolving those issues. Principals may recover costs from the ARs in those events but this is simply a commercial decision and a point which would need to be explicitly covered in the appointed representative agreement between the Principal and AR.

The FCA has published a “Dear CEO” letter covering the concerns outlined above and Principals have been strongly advised to share this with their board (or equivalent) to bring these matters to the fore.  The next steps for Principals is instigate an assessment of the Principals governance arrangements to ensure that the Principal is meeting all of its obligations under the FCA Rules when appointing and dealing with their ARs and most importantly to proactively initiate any changes where inadequacies have been found. The FCA will be undertaking further on site visits to Principals and will take appropriate action where firms have failed to act.

For more information on or any guidance or advice in relation to the rules relating to Principals and their AR’s, Cleveland & Co external in-house counsel, your specialist outsourced legal team, are here to help.