A discussion on the use of the dealing commission regime 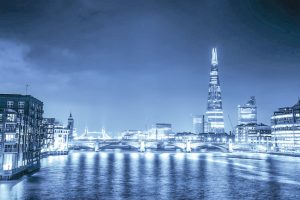 On 19 February 2015, the FCA published its FS15-01 Feedback Statement as a response to the DP14/3 Discussion Paper. The Feedback Statement is part of the regulator’s work of examining firms using dealing commission and in particular, the charges that are being paid by consumers when investment managers execute trades and acquire external research on their behalf. Such charges are worth around £3 billion and hence have significant impact on financial markets and investors.

In the Discussion Paper, the FCA presented its findings from thematic supervisory work and policy analysis of the existing dealing commission regime. The paper also included two proposed options for reform of the dealing commission regime that were presented by the European Securities and Markets Authority (ESMA) to the European Commission (EC), and sought views on these proposals from a variety of respondents.

The FS15-01 Feedback Statement contains a summary of ESMA’s final advice to the EC regarding reform of the dealing commission regime and feedback from the responses to the questions in DP14/3 which sought views on the FCA’s analysis of two proposed options for reform. The options for reform are as follows:

“an investment manager can purchase research provided it is paid for either:

a) directly by the firm out of its own resources or

b) through a ‘research payment account’ funded by a specific, separate charge to their client, which is agreed and disclosed upfront. The charge must be based on a research budget set by the firm, and cannot be linked to execution volumes or value (i.e. dealing commissions or spreads)”

The approach taken by ESMA requires portfolio managers to separate the purchase of research from execution arrangements and costs, therefore removing the inherent conflicts of interest that are created by embedding the receipt of research within execution arrangements with individual brokers. The reason for this approach is that ESMA views that the current market mechanism under which portfolio managers receive third party research in return for, and linked to, variable costs of execution that are passed directly to portfolio manager’s clients, is a form of inducement under MiFID. The presented reform proposal makes it clear that there should be no payment for third party research linked to the payments made for execution of orders, and will hence address the potential inducements and conflict of interest issues that currently exist for portfolio managers. ESMA also believes that the reform proposal will create more transparency over spending on research, and therefore improve outcomes for consumers.

The FCA acknowledges that the current regulatory regime and approach to commission sharing is incompatible with the intention of ESMA’s proposals. Under the current regime there is a strong link between execution and research payments therefore exposing such arrangements to possible conflicts of interest.

Taking the above into consideration, the regulator is strongly supportive of the view taken by ESMA and its proposal. The FCA believes that such reform would help portfolio managers better align their incentives to control and procure research in the best interests of their clients, and lead to direct accountability over portfolio managers’ expenditures on third-party research and how such costs are passed to customers. The FCA’s view is that by research no longer being paid for in transaction fees there will be a stronger correlation between the price and value of the research received, something which has been found to lack in the current regime. The FCA’s overall finding was that such reform will address the long standing concerns from its supervisory work that current market practice (even with specific dealing commission rules and disclosure requirements) is not delivering a good outcome for investors.

The EC is now considering ESMA’s final technical advice and proposal for reforms on the delegated acts. The EC will likely put forward draft delegated acts later this year for scrutiny by the European Parliament and European Council. The review period is three months with an option for it to be extended by a further three months before final measures are adopted.

In the meantime, investment managers must continue to comply with the existing use of dealing commission rules (COBS 11.6), and always ensure they are acting in their clients’ best interests when acquiring external research and managing associated costs passed to clients. Firms are required to act as good agents to their clients, and as such, should start considering how they need to change their controls now and not wait until 2017 (MiFID II) if changes are needed.

In order to view the full FS15-01 Feedback Statement, please follow this link.

To view the DP14/13 Discussion Paper, please follow this link.

Should you require any further advice or information on the dealing commission regime, Cleveland & Co, your external in-house counsel, are here to help.