Dark Liquidity – Why hide orders from the market? 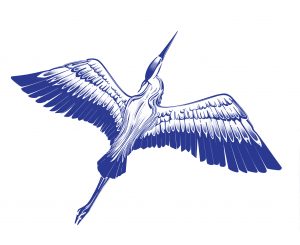 Following the MiFID II conference on 18 September 2014, the FCA have expressed their pursuit towards more lit and transparent trading venues. MiFID II will set new caps on dark trading and will aim to achieve a balance between allowing for the maintenance of sufficient liquidity and bringing orders into the light. Dark trading as a concept however, has remained rather unclear to many people. In this article we seek to analyse and explain the concept of dark liquidity and its market impact.

Dark or hidden liquidity has been responsible for a significant part of trade volume on markets throughout the world. Hidden orders, at a pre-execution stage are not only allowed but also common practice in some of the biggest exchanges, including the NASDAQ, NYSE, LSE and BATS Chi-X Europe. In the US alone, non-displayed orders accounted for nearly a third of all volume in early 2013. Some of the most common types of hidden liquidity are as follows:

It is important to note that all of these order types, even though classified as hidden, are only hidden at pre-execution stage. Meaning that once an order has been executed, it becomes visible to the market and registered in the logbooks.

So what impact do hidden orders have on the market and on traders?

When looking to enter or exit large positions institutional traders can move market prices dramatically. Where there is a large buy order, the order itself can drive the price of a security up by an astonishing amount. This makes the average price, which the buyer is looking to pay rise in conjunction with the order, therefore making it impossible to obtain an ‘average market’ price for a stock. In the case of a large sell order the effects on the market can be even more drastic, the value of a company’s stock can be driven down significantly, while there is no tangible reason for the low performance of the share other than the sell order itself. Having explained the impact large orders can have on trading and on the markets, the role of hidden liquidity becomes clearer. By hiding an order from the market one is able to obtain the price they are looking for while not influencing the share value as much. In doing so, investors also safeguard their orders from the opportunistic behaviour of other market participants, who could otherwise capitalise on the information they have.

It is for this reason that regulators across the world have allowed for orders to be hidden at a pre-execution stage. Dark trading is considered to allow for more effective execution and more effective obtaining of prices in “Large of Scale” situations, and this has been widely recognized throughout the markets. For example the BATS Chi-X Europe exchange offers two anonymous dark order books especially designed to minimise information leakage.

While dark trading undoubtedly bears a lot of benefits, it also undermines one of the most fundamental principals of the market – transparency. One of the basic tenants of the Dow Theory states that the price of a given asset at any point in time represents the sum of all investors’ knowledge, desires fears, motivations etc. The price is said to discount all publicly available information and this is where the issue of order transparency comes into play. The issue is whether the use of dark pools undermines the validity of the publicly available asset price. According to Bloomfield, O’Hara and Saar (Hidden Liquidity: Some New Light on Dark Trading 2014), the overall impact hidden orders have on the market is not considered significant, however this has been subject to debate.

The FCA has recently taken a stance against keeping orders in the dark, outlining the damage liquidity could make on the fairness and transparency of the market. David Lawton, the FCA’s Director of Markets, recently expressed the regulator’s concern with dark trading of equities at the MiFID II conference on 18 September 2014 The new MiFID II will be in favour of more lit and transparent trading, however there are a couple of issues that need to be tackled before such a step can be taken. Currently some high street name FTSE 250 stock have up to 20% of trading occurring off lit venues, given the popularity of keeping orders in the dark regulatory changes might pose serious issues for liquidity. Therefore, a number of important questions remain regarding how to strike a balance transparency and liquidity. Important factors to be considered in striking this balance are the granularity of application of the rules, the calibration of thresholds for large in scale, publication delays and the definition of ‘liquid’ instruments.

Financial regulatory bodies have expressed their concern with dark liquidity on more than one occasion and the FCA’s step towards more stringent regulation is likely to mark a beginning of a serious discussion regarding the matter. Firms should keep track of regulatory updates and prepare for the changes, which will take place when MiFID II comes into force in 2017. MiFID II will put a cap on dark trading for equities set at 8% of total trading in the EU and 4% of total trading per venue in any one stock as part of the initiative of bringing more transparency to the wholesale markets. Such a cap is likely to result in a change in trading for both large and small cap stocks and it is yet to be seen what its overall impact will be.

Should you require any further advice or information on dark liquidity, Cleveland & Co, your external in-house counsel, are here to help.