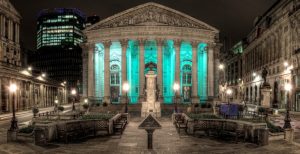 The case of Guest Services Worldwide Limited (“GSW”) v David Shelmerdine (“Mr S”) [2020], is a rare example of the English court looking at covenants in the specific context of shareholders’ agreements and doing so in light of their interaction with compulsory transfer provisions.

This is also the first Court of Appeal decision which addresses the problem that, despite the existence of compulsory transfer provisions, it is often possible, in theory at least, that a shareholder’s shares might not be transferred upon his/her departure as an employee or director. Hence, they could remain subject to covenants despite no longer being actively involved in the business. In such cases, the departing shareholder may seek to argue that the covenant is unenforceable because it is unreasonably long.

GSW produces maps for distribution to guests at luxury hotels, and revenue is generated from advertising fees paid by businesses highlighted on the maps. Mr S was the founder of the business and, on acquisition of the business by GSW, he was retained as an employee and remained with GSW as either an employee, agent or consultant until February 2019.

The restrictive covenants in the shareholders’ agreement were to apply as follows: (1) the time the party in question was a shareholder; and (2) 12 months after the party ceased to be a shareholder.

Once Mr S was no longer employed or engaged as a consultant by GSW, Mr S was deemed to have served a transfer notice in respect of his shares in GSW under the compulsory transfer provisions in GSW’s articles of association.

However, at the date of the High Court judgment Mr S remained a shareholder of GSW.

In March 2019, Mr S allegedly used a map produced for GSW to solicit business in Switzerland, Budapest and Monaco. In April 2019, GSW issued proceedings against Mr S, seeking an injunction in respect of Mr S being in breach of the restrictive covenants in the shareholders’ agreement.

The High Court also held that, even if the restrictive covenants did apply to Mr S, they were unenforceable because their scope, nature and extent were in excess of what was reasonably necessary to protect the legitimate business interests of GSW.

GSW brought an appeal on the grounds that the High Court judge had misconstrued the provisions of the shareholders’ agreement and had erred in concluding that the restraints extended further than was reasonably necessary to protect GSW’s legitimate interests.

THE CASE AT THE COURT OF APPEAL

The Court of Appeal swiftly dismissed the argument that the covenants ceased to apply as soon as the consultancy ended. A key part of the purpose of the covenants was to protect the company for 12 months after a person ceased to be an employee which (due to the compulsory transfer provisions) would likely happen swiftly upon Mr S ceasing to be a consultant, otherwise it would have rendered the 12-month post-termination restrictions effectively pointless. The judge had therefore erred and his judgment on this aspect was set aside.

At the same time, the Court stressed that it is not a simple matter of characterisation with non-compete provisions in employment contracts on one side and non-competes in shareholders’ agreements on the other.

Rather, it is necessary to consider the particular circumstances. At one end of the spectrum there may be non-compete provisions entered into as part of a wider commercial transaction, involving the sale of a partnership or shares in a business. At the other there may be an ordinary employee who has been granted a small shareholding as part of a share participation scheme.

On the facts of this case, the Court held that the 12-month restrictions were plainly enforceable. First, the company had a legitimate interest in seeking to prevent an Employee Shareholder from competing with the business and soliciting clients, given the particular nature of the business and the knowledge such individuals were likely to have obtained. Secondly, the clause appeared in a shareholders’ agreement made between experienced commercial parties. Thirdly, a period of restraint lasting 12 months was entirely reasonable to protect that interest.

In relation to the last point, the Court made clear that 12 months was reasonable even though it ran from when the individual ceased to be a shareholder rather than the cessation of the employment. There was likely to be little time elapsing between the two events given the compulsory transfer provisions.

Further, although significant delay was possible (including where, as in the instant case, there was a dispute which led to the individual remaining a shareholder) it was relatively unlikely. In the context of a relatively small private company, the Court also viewed it as very unlikely that a shareholder would be kept locked in indefinitely. Rather what would most likely happen was that the shareholder would be bought out in relatively short order. The Court was not prepared to find the clause unreasonable merely because of such possible, but unlikely, scenarios.

This case demonstrates the willingness of the Court to uphold restrictive covenants in a shareholders’ agreement where the shareholder has played an active and important role in the business, even where those covenants run from the date the individual ceases to be a shareholder.

The way leaver provisions and covenants are often structured in shareholders’ agreements and articles frequently give rise to potential arguments, where it is claimed that a shareholder can never leave. This decision will make such arguments much more difficult to advance in future.

It is therefore a decision which should be welcomed by companies with restrictive covenants in their shareholders’ agreements.

This case does emphasise some important reminders in relation to restrictive covenants for employees, consultants and directors who are also shareholders:

Restrictive covenants should be well drafted

It sounds obvious, but restrictive covenants can have a profound impact on people’s lives, and it is not uncommon for them to be breached (both deliberately and accidently). Those bound by them often seek to capitalise on any poor or unclear drafting. They are often found to be unenforceable or, at best, require a company to incur substantial legal costs to enforce them.

The High Court in this case accepted a (rather spurious) argument regarding the scope of the restriction stemming from a poorly drafted shareholders’ agreement. The Court of Appeal reversed the decision, but considerable money and time would have been spent before reaching this stage.

Covenants in restraint of trade are prima facie unlawful and accordingly are “to be treated with suspicion”.

To merit an exception, a restriction must be “reasonable”, which means:

There is no single easy rule that can be applied to determine how long a restrictive covenant is permitted to apply for, or what it is able to cover, to make it “reasonable”. Each business is different, and even within a business each employee/shareholder should be considered separately. Legal advice should always be sought. Re-purposing existing agreements without new advice is high risk.

Comprehensive restrictive covenants for longer periods of time are more likely to be binding in shareholders’ agreements than employment agreements.

The Court is less vigilant where restrictive covenants are contained in a shareholders’ agreement or an agreement akin to it, rather than in an employment contract.

In this case, the Court of Appeal recognised that the shareholders’ agreement had been made between “experienced commercial parties”, which is often not the case in an employment context, and found the restriction to be binding.

Mr S. was required under the articles of association of GSW to offer his shares for sale upon his ceasing to be a consultant. “Compulsory transfer provisions” such as these are typical where employees are also shareholders.

As is often the case, Mr S.’s restrictive covenants applied while he was a shareholder and for a fixed period of 12 months thereafter.

The Court of Appeal recognised that the termination of Mr S’s appointment as a consultant was likely to end at the same or a similar time as him ceasing to be a shareholder. They concluded that “the clause should [not] be declared to be unreasonable on the basis of the relatively unlikely possibility that there may be considerable delay or the extreme and very unlikely possibility that a shareholder may be locked in indefinitely”.

Where an employee shareholder is less able to sell their shares (and therefore remain bound by the restrictions for an indeterminate length), the restrictive covenants are less likely to be enforceable.

From an employee shareholder’s perspective, having a non-compete that lasts indefinitely and relies on a third party to acquire their shares is a difficult position to be in, and importantly, it may be enforceable.

Determining an appropriate length and scope of restrictive covenants is a delicate balancing act between the interests of the company and the rights of the employee shareholder.

In short, in relation to restrictive covenants from employee shareholders, companies should:

For more information, and any guidance or advice on your shareholders’ agreement and company law, Cleveland & Co External in-house counselTM, your specialist outsourced legal team, are here to help.