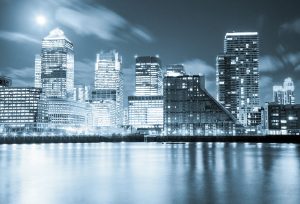 In October 2008, Trattamento Rifiuti Metropoliani SpA (“TRM”), an Italian company specialising in waste treatment, entered into a financing agreement with a syndicate of banks led by BNP Paribas SA (“BNPP”) in order to design, build and operate a facility in Turin to convert waste into energy.

In July 2016, TRM alleged that BNPP negligently advised TRM to enter into the hedging transactions, which (among other things) TRM said were mismatched with its real hedging requirements generating a significant negative cash flow, and also had a negative mark-to-market value.

Before turning to the substantive issues in dispute, the Commercial Court considered a preliminary point on the correct approach to applications for negative declaratory relief. A declaration is just a statement as to a state of affairs, it does not order the parties to do anything, and can be made with regard to a number of issues, such as the rights of the parties, the existence of facts or a principle of law.

The Commercial Court (or other relevant courts) can make a declaration binding, whether or not any other remedy is claimed. However, claims seeking a declaration alone are unusual, and declarations are often required together with other forms of relief, such as an injunction or specific performance.

A significant benefit of a declaration is that it may pre-empt and avoid further argument or litigation between parties, and may assist in facilitating settlement. A declaration may be granted although there has been no actual infringement or threat of an imminent infringement of the innocent party’s rights.

A declaration granted by a court cannot be enforced per se. However, if a party acts in a way that is contrary to a declaration as to the parties’ rights, it will not amount to contempt, but it may assist in supporting an application for an injunction.

A court has several options when it comes to considering the outcome of a declaration. It is possible for a court to award any of the following:

The court noted that even if its power to grant declarations (laid in section 19 of the Senior Courts Act 1981) appears to be unfettered, in reality remains a discretionary remedy indeed. While the court acknowledged the authorities indicating that a court should be cautious when asked to grant negative declaratory relief, it did not accept TRM’s argument that there should be a reluctance in cases involving foreign proceedings, such as the this one with BNPP. In consideration of its judgement, the Commercial Court confirmed the following general principles are to be applied when considering negative declarations:

Moreover, where hypothetical scenarios are contemplated, a court must consider the following: (i) the court should not entertain purely hypothetical questions; (ii) there must be a real and present dispute between the parties as to the existence or extent of a legal right between them; and (iii) if the issue in dispute is not based on concrete facts the issue can still be treated as hypothetical. This can be characterised as “the missing element which makes a case hypothetical”.

When the court is considering the above principals in determining its outcome, factors such as absence of positive evidence of utility and concrete facts to ground declarations may not be determinative for approving a declaration. However, where there is such a lack (in whole or in part) the court should be particularly alert to the dangers of approving something which is not useful and may create confusion.

The Commercial Court confirmed that it would apply the general principles set out above when considering each of the declarations sought by BNPP.

TRM made the overarching submission that the general principles applicable to negative declaratory relief precluded such relief from being granted in this case. The Commercial Court found that the application met the threshold requirements for declaratory relief, considering the following two key principles as set out below.

Question of whether a hypothetical scenario was present or not?

As with regard to there being a hypothetical situation, the Commercial Court found there were no hypothetical questions but a real and present dispute between the parties. TRM argued that the “dispute” on which BNPP relied on to bring the claim for a negative declaration did not arise in the English court, pointing out that no claims had been brought or intimated by TRM in England, and that the BNPP was not able to identify what claims TRM might bring before the English court. Accordingly, in TRM’s opinion a “dispute” was purely hypothetical.

The court was not persuaded that it would be appropriate to refuse BNPP a negative declaratory relief based on these grounds. In particular, the court noted BNPP’s intention was to use the declarations sought by way of defence to the Italian claim. Although TRM had brought no claim under the ISDA Master in the Italian proceedings, the court considered that there was plainly scope for overlap. Moreover, BNPP had specifically pleaded the contractual rights under the ISDA Master as defences to the Italian claim. The court viewed this as a case not being hypothetical but having a specific practical purpose.

Was there any utility in TRM obtaining the negative declarations sought?

As with regard to the utility in obtaining the declarations sought, the court found that at least some of the declarations met the utility threshold requirement. In particular, the court noted that a judgment in England as to the meaning and legal effect as a matter of English law of specific court clauses within the ISDA Master would be enforceable against TRM in Italy under the Regulation EU 1215/2012 (the Recast Brussels Regulation on jurisdiction). Given that the ISDA Master was governed by English law, to the extent the Italian court had to grapple with what the agreement meant, the English court was best placed to decide and the Italian court was likely to be assisted by that determination.

Following Springwell Navigation Corpn v JP Morgan Chase Bank Chase [2010], the court confirmed that, contrary to what TRM argued, there is no distinction between: (a) warranties, warranties and undertakings (each of which TRM accepted could give rise to an estoppel); and (b) an acknowledgement or a representation (each of which TRM argued could not). The court referred to Leggatt LJ’s commentary suggesting otherwise in First Tower Trustees and another v CDS (Superstores International) Ltd [2018], noting that this was obiter (i.e. a comments or observations, in passing, on a matter arising in a case before him which does not require a decision. Obiter remarks are not essential to a decision and do not create binding precedent). The court also noted that the factual situation in First Tower was very different (since the case concerned the effect of an exclusion clause in a commercial lease and its effect vis à vis contractual enquiries which misrepresented the position as regards asbestos on site). The court specifically noted that Leggatt LJ was not purporting to consider the effect of representations typically made in a financial services context.

The court also rejected TRM’s argument that the non-reliance provisions sought to exclude liability for misrepresentation under the Misrepresentation Act 1967, and so were subject to the requirement of reasonableness under section 11(5) of the Unfair Contract Terms Act 1977 (“UCTA”).

Although the court considered these arguments in the context of the 1992 ISDA Master, its findings would also be relevant for a bank relying on the non-reliance language in the 2002 ISDA Master Agreement.

The court rejected TRM’s argument that the standard ISDA entire agreement clause was not effective, and that TRM was able to rely on separately negotiated terms of the financing agreement as prevailing over the ISDA Master terms.

The court rejected TRM’s approach, making the following observations. On its face, the meaning of the ISDA entire agreement clause is “clear and unambiguous”, as in Deutsche Bank v Commune di Savona [2018], which said that the ISDA Master Agreement is a “self-contained” agreement, exclusive of prior dealings. The court was not persuaded that TRM’s argument could unravel a simple reading of the clause, in particular because it did not identify the specific provisions in the ISDA Master Agreement which were allegedly not applicable and which provisions of the financing agreement overrode them.

The Court finally remarked that TRM’s argument would sit uneasily with, while BNPP’s argument was more harmonious with, the dicta in various authorities as to the importance of certainty and clarity in interpreting the ISDA Master Agreement (most famously in agreement Lomas v Firth RixsonLomas Rixson).

The decision is of particular interest to financial counterparties for a number of reasons. It provides guidance on:

For more information, and any guidance or advice on your ISDA master agreement and commercial contracts, Cleveland & Co External In-house counselTM, your specialist outsourced legal team, are here to help.