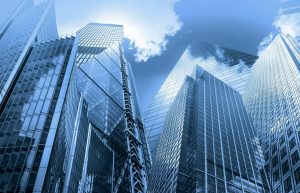 The Court of Appeal (the “Court”) held that the word “shall” did not automatically create a contractual obligation.

The word “shall” is regularly used in everyday commercial contracts to impose a contractual obligation on a party to perform or refrain from performing certain actions. Other commonly used phrases such as “ensure” and “procure” are also used as a positive guarantee of something.

In PM Law Ltdv Motorplus  Ltd[2018], the dispute centred around the terms of a referral arrangement (the “Agreement”) between PM Law Ltd (“PM Law”), a law firm specialising in personal injury litigation, and Motorplus Ltd (“Motorplus”), an insurance intermediary, who agreed to refer insurance claims to PM Law. The Agreement stated at clause 1 as follows:

“In consideration of the payment of referral fees by [PM Law] …[Motorplus] shall refer a quantity of road traffic accident, accident at work, public or private liability and product liability PI & Non PI claims for compensation to PML”.

After some time when no new referrals were made by Motorplus, PM Law brought a claim against Motorplus for breach of contract and claimed for damages.

The dispute centred around the meaning and effect of clause 1 in the Agreement, in particular whether by the use of the word “shall”, Motorplus was obligated to refer some claims to PML or not. The Court of Appeal concluded that despite the use of the word “shall” in clause 1, the Agreement did not oblige Motorplus to refer claims to PML. The court looked to basic contract principles when interpreting the clause, stating that the courts first step is to ascertain the objective meaning of the words used by the parties, taking into account the relevant facts and the surrounding commercial context. If there is ambiguity, the court may then look to alternative meaning of the words in light of business common sense (Wood v Capita Insurance Services(please click hereto see our previous article on this topic for further information).

The Court held that in focusing on the express meaning of the words, the phrase, “[Motorplus] shall refer a quantity of… claims” did not amount to a guarantee or an obligation to refer a quantity of any claims, viewing the clause instead as a description of the intended referrals and not as a promise to deliver those referrals.

In regards to the use of the phrase “In consideration of the payment…”, the Court held the opinion that the payment of referral fees did not mean a promise by PM Law to accept every referred claim by Motorplus. This is because the referral process was explained in further detail in another clause of the Agreement and providing for the payment of fees.

This means that using the word “shall” when drafting commercial contracts cannot always be relied on to create a contractual obligation as the term can be ambiguous, expressing either a future intention or obligation in light of the surrounding context and the relevant facts.  When using the word “shall” to create an obligation write in the active and not passive voice to create an obligation that identifies the party who must perform it and the specifics of the obligation for example, referring explicitly to maximum or minimum quantities or strict timeframes to be met.

When drafting  if you are concerned that the use of the word “shall” in the context does not create an obligation, use an alternative such as “must”, “procure”, “ensure” or even “is to” as these are other common words that are used to create an obligation.