Review of the use of reverse solicitation by asset managers 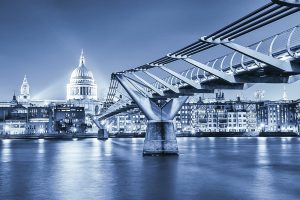 On 17 December 2021, the European Securities and Markets Authority (“ESMA”) published a letter (the “Letter”) addressed to the European Commission (the “Commission”) as a response to the questions raised by the Commission in their letter dated 24 September 2021. The Commission’s letter related to a consultation on facilitating cross border investment undertakings, which included the use of reverse solicitation.

The Commission sought input from national competent authorities (“NCAs”) on the following questions:

Furthermore, the Commission sought input on whether the notification portal established in accordance with Article 13(2) should be developed, so that all transfers of documents between NCAs take place through it. As a result, this has been proposed for prioritisation in the 2022 IT ESMA budget.

ESMA conducted a survey among various NCAs and invited them to respond to the questions above.

In the Letter to the Commission the key findings ESMA found were:

The Commission is likely to issue its report to Parliament and Council during Q1 2022, so we will keep updated with the progress of the report.

To read the letter published the European Commission on 24 September 2021, please see here.

To read ESMA’s response to the European Commission which was published on 17 December 2021, please see here.

For more information, and any guidance or advice on the use of reverse solicitation by asset managers, Cleveland & Co External in-house counsel™, your specialist outsourced legal team, are here to help.