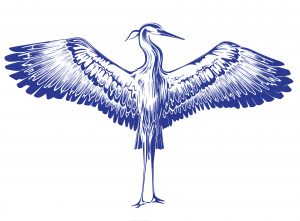 The definition of a fiduciary relationship is one where there is discretion, power to act and vulnerability. The Law Commission of England and Wales has outlined four core duties that a fiduciary owes to their principal (not be taken as a strict or exhaustive list)[1]:

Some examples of fiduciary relationships include those between a lawyer and client, and director and shareholders.

Neither a statutory scheme nor the FCA’s rules and guidance expressly apply fiduciary status to investment managers. However, the matter has not been ignored.

In July 2012, Professor John Kay published his Review of UK Equity Markets and Long-Term Decision Making.  This concluded a year-long review, commissioned by the Department for Business Innovation and Skills, tasked with considering the functioning of UK equity markets. In his Review Professor Kay concluded:

Professor Kay made a recommendation that the Law Commission should review the legal concept of fiduciary duties as applied to investment intermediaries.

On 1 July 2014, the Law Commission of England & Wales published their Fiduciary Duties of Investment Intermediaries report (“Commission Paper”)[2], which reviewed the recommendations of the Kay Review and evaluated the need for legislative reform in respect to fiduciary duties of investment managers. The Commission concluded not to support the Kay Review recommendations, and its findings were that fiduciary duties should not be reformed by statute. On 5 February 2014, The Investment Management (Fiduciary Duties) Bill 2013-14 was put before Parliament and received its first reading in the House of Commons. However, it was announced in May 2014 that the Bill failed to complete its passage through Parliament and will make no further progress. The Commission Paper said that fiduciary duties are difficult to define and inherently flexible. They form the background to more definitive duties, allowing the courts to intervene where the interest of justice requires it. Moreover, the Law Commission has been, and continues to be, supportive of a contract-based approach to fiduciary duties. This means that the terms of a contract can define the scope of duties owed by one party to the other, however, this is not to say that there would not be exceptions to this principle.

The Law Commission has suggested that if there is a desire to provide investors with greater rights to sue intermediaries for loss caused by their unfair behaviour, consideration should be given to a new right. An example of such a right is Section 138D of the Financial Services and Markets Act 2000 which allows a “private person” to sue an intermediary who has caused them loss through a breach of the FCA rules. However, a private person cannot bring an action on the basis of the FCA Principles for Business[3], even though they are often used as a basis for FCA enforcement. The following Principles, in particular, are highly relevant to the “fiduciary standards” set out in the Kay Review:

In order to offer a possible solution to the shortfalls of Section 138D, the Commission Paper suggested that Section 138D could be extended to enable businesses to sue, and to enable actions on the basis of the breaches of the FCA Principles. However, the majority of the consultees argued against such an extension, and the Law Commission stated that they do not feel able to recommend such a change at this stage.

The application of fiduciary duties can be found in the landmark case of Bristol v Mothew[4], where a fiduciary was identified as:

‘someone who has undertaken to act for and on behalf of another in a particular matter in circumstances which give rise to a relationship of trust and confidence’.

In other words, a fiduciary relationship comprises of one party in a position of vulnerability, and the other in a position to exercise a degree of control over such party’s property, wellbeing, interest etc. It therefore follows that a higher degree of discretion to manage another party’s property etc, results in a higher degree of vulnerability of the client, which in turn, is likely to lead to fiduciary obligations. And the expectation is that the party in a position to exercise control (the “fiduciary”) will act for the benefit, or in the interest, of the vulnerable party[5].

There are a number of cases that have recognised investment managers as fiduciaries. In Ata v American Express Bank [1998][6] the Court of Appeal accepted, for the purpose of its judgment, that a discretionary investment management agreement gave rise to a fiduciary relationship between a bank and its client. In SPL Private Finance v Arch FP LLP [2014][7] it was held that the investment manager, Arch, owed fiduciary duties to its clients. Justice Walker stated that one of the key indicia behind identifying a fiduciary relationship is that a party is acting as agent and has exclusive control over the assets of its client.[8]

When establishing whether an investment manager is acting as an agent in a particular transaction one should consider the:

Investment managers will therefore likely conclude that they are acting as agent for their clients when providing discretionary investment management services, with full exclusive discretion over the assets in the client’s portfolio, and therefore are fiduciaries. However, do the same fiduciary duties apply to all fiduciaries?

Therefore, in the case of a discretionary investment management agreement, it could be said that the core duty owed by the investment manager will be the duty to act in the best interests of the client.

But what does it mean to act in the best interest of a client? There are different views on this matter and generally it is left to the courts to decide on a case-by-case basis. One of leading authorities as to the interpretation of best interest is Cowan v Scargill,[12] where it was established that best interest should mean best financial interest. In other words, an investment manager needs to focus predominantly on maximising the financial returns on their clients’ investments. In contrast, the Kay Review[13] recommended that best interest should not be interpreted solely as financial best interest, but should encompass a longer-term approach to investments that focuses on the fundamental value of an investment rather than its volatility. Currently the financial markets encourage managers to pursue short-term gains through incentive structures and an intense focus on quarterly earnings. Such an approach, according to Professor Kay, has inadequate regard to long term effects on the capital markets and could be associated with investment managers pursuing their personal compensation/interests ahead of those of their clients, therefore putting their clients’ assets at a higher risk due to the volatility of short term investments with prospects of quick gains. However, the recommendations of the Kay Review have not been implemented. Other views as to the interpretation of best interest include taking into account moral[14] or ethical considerations, although the Law Commission has disregarded the two as driving factors in investment decisions.[15]

So what should investment managers do?

Taking everything into consideration, investment managers cannot be accepted as normal fiduciaries; “normal” meaning to fall within the standard category of obligations. What is core to the investment management service is to act with a certain motivation[16] that is in the best interest of the client.

Moreover, the parties to a contract are able to exclude or modify the operation of fiduciary duties in the terms of business between them, as was the case in Kelly v Cooper:

“the scope of the fiduciary duties owed by the defendants to the plaintiff (and in particular the alleged duty not to put themselves in a position where their duty and their interest conflicted) are to be defined by the terms of the contract of agency.”[17]

In addition, in respect of UK regulated firms, the FCA Rules modify the obligations in respect of the fiduciary duties. For example, the FCA rules require that a “firm must maintain and operate effective organisational and administrative arrangements with a view to taking all reasonable steps to prevent conflicts of interest as defined in SYSC 10.1.3 R from constituting or giving rise to a material risk of damage to the interests of its clients”.[18] This is quite different to applying the strict fiduciary standard, as the FCA recognises that conflicts will arise, however what matters is that firms take “all reasonable steps” to manage them.

Our next article in our “Fiduciary Duties” series will be looking at the Arch case in more detail, so watch this space! In the mean time, should you require any further advice or information on the above, Cleveland & Co, your external in-house counsel, are here to help.

[8] “The Kay Review of UK Equity Markets and Long-Term Decision Making”, Final Report, July 2012, 5th principle states that ‘All participants in the equity investment chain should observe fiduciary standards in their relationships with their clients and customers’. Even though, this is simply a recommendation, it supports the position under case law.