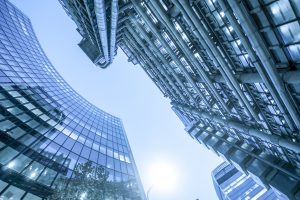 On 1 February 2021, the European Securities and Markets Authority (“ESMA”) published a final report on implementing technical standards (“ITS”) under Regulation (EU) 2019/1156 of 20 June 2019 (the “Regulation”), which amends three past regulations governing funds and key information documents relating to investments, together  with Directive (EU) 2019/1160 of 20 June 2019 (the “Directive”), on facilitating the cross-border distribution of collective investment undertakings.

Whilst the Regulation has already been applicable from 1 August 2019, most of the provisions within do not take effect until 2 August 2021. As such, ESMA published a final report and draft standards to clarify its original proposals within the Regulation and the Directive.

The final report was based on a consultation paper published by ESMA in March 2020 on the proposed draft ITS in relation to prospective publications that national competent authorities (“NCA”) were to make on their website. These publications concern national provisions concerning the applicable marketing requirements in each jurisdiction, the regulatory fees to be levied in relation to cross-border activities carried out by fund managers. ESMA launched the consultation paper to gather input from the public on the above subject matters and to ask the public for any alternatives that it ought to consider.

Rules on marketing requirements for funds

One of the main concerns raised by the respondents in the consultation was regarding the rules on marketing requirements for funds. However, in light of the support on ESMA’s proposed approach to focus on the substance, rather than the form of the publication on national marketing requirements for UCITS and AIFS, ESMA did not make any modification to its approach in this respect.

Nevertheless, ESMA recognised the need for specificity with regards to the information published and requirements set out in the ITS. As such, the annex of the ITS that sets out the standard form for the publication of national rules governing marketing requirements have been amended. By doing so, ESMA seeks to harmonise  categories of rules surrounding the marketing requirements, including formatting, content of the marketing material, and rules on passporting.

Another concern raised by the respondents was in relation to the approach taken with respect to the scope of regulatory fees and charges that NCAs are to publish on their websites. Whilst ESMA agreed that the fees and charges shown on the website should comprise all the sums payable to NCAs in relation to cross-border marketing or cross-border management, ESMA does not deem it necessary to simplify the language used for the publication of fees and charges. This decision was made on the basis that such information is directed to professional fund managers.

Furthermore, ESMA did not see the need to include specific information, such as, calculation methodologies, payment methods and fees relating to de-notification or pre-marketing, along with the list of fees and charges levied by NCSA.

Fees and Charges levied by NCA

Some respondents have suggested the need for a disclaimer to inform the public where no additional fees and charges may apply, other than those listed. ESMA accepted this but only in relation to instances concerning fees and charges levied by NCAs. ESMA is also of the view that other potential fees and charges for cross-border activities within the concerned jurisdiction, such as the fees necessary for external advice, should be clarified. To achieve this, ESMA has published a template in the Annex of the ITS to facilitate compliance.

Despite a number of suggestions made by the respondents to standardise the format of publications to be made by NCAs on their website in respect of marketing requirements for UCTIS and AIFS, ESMA concluded that there is no need for changes to be made.

However, ESMA recognises that there is a need to be more specific detail regarding the information to be published on NCAs’ website. As a response, ESMA has set out a standard form of publication of national rules governing marketing requirements in the annex of the ITS. It specifically highlights the need for harmonised categories of rules governing marketing requirements, including rules on formatting, passporting and around the content of marketing material.

As part of the proposal, such information shall be sent by competent authorities to ESMA no later than five working days after the end of every quarter (on 31 March, 30 June, 30 September and 31 December).

The possibility of developing a central database listing UCITS and AIFs marketed on a cross-border basis has been well received. The majority of the respondents was of the view that the proposal could be useful for investors in consideration of funds that have been passported into a particular jurisdiction, which could help facilitate the process of due diligence and prevent mis-selling. Fund managers would also benefit from the central database as it could act as a useful marketing compliance tool. Whilst ESMA has yet to make a decision on when this new tool is to be developed, the above suggestions by the respondents will be taken into account in determining the extent of information that can be implemented.

The draft ITS set out in the final report have been submitted to the European Commission for endorsement, who shall make a decision as to whether to adopt the ITS within three months from the date of submission. However, the Commission may have a month’s extension.

For more information, and any guidance or advice on complying with the new rules on cross-border distributions of funds, Cleveland & Co External in-house counselTM, your specialist outsourced legal team, are here to help.