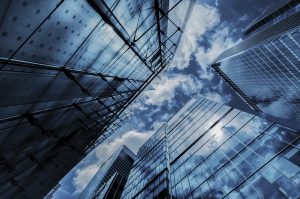 Investment opportunities have become increasingly complex, digitalised and riddled with riskier products which has become further heightened by use of social media. This has proven problematic for the UK’s financial promotion regime (the “FPR”) in terms of how it can ensure that consumers are getting information fit for informed investment decision making. The consensus is that the existing regime does not adequately reduce the risk of consumer harm.

Initiatives for rectifying this current and untenable situation centre around a piece of legislation that is key to the FPR: The Financial Services and Markets Act 2000 (Financial Promotion) Order 2005 (the “FPO”). The FPO contains exemptions to the FPR; removing FPR protection in circumstances whereby criteria outlined in the FPO is sufficed. To increase the FPR’s ability to allow the Financial Conduct Authority (“FCA”) to more effectively support consumers, certain changes to the FPO are required to expand its scope. The contemplated changes will affect both the FPO’s exemptions and the FPO’s interaction with cryptoassets.

CHANGES TO THE EXEMPTIONS

Statutory financial promotions are governed by Section 21 of the Financial Services and Markets Act 2000 (“FSMA”). FSMA prescribes that a person must not, in the course of business, communicate an invitation or inducement to engage in investment activity unless:

As a result of these exemptions, a significant number of individuals fall within the exemptions in a way that they would not have done in 2001 (the time of the exemptions inception) so the goal is to reduce the number of people who can count as such. On 15 December 2021, Her Majesty’s Treasury (“HMT”) opened a consultation regarding two substantial amendments to two specific exemptions: (i) the high-net-worth-individual; and (ii) the sophisticated investor exemptions.

Part VI, Article 48 of the FPO disapplies the financial promotion restriction to certified high net worth individuals. Such persons must sign a written statement, confirming inter alia, that in the past year, either: (i) their income was £100,000 or more; or (ii) their net assets were valued at £250,000 or more.

HMT’s proposal is to account for inflation and thereby increase both the income and asset thresholds (to a minimum of £150,000 and £385,000 respectively) or, to limit the exemption to capture the UK’s current top 1% of earners and asset owners (figures would here be £175,000 and £900,000 respectively).

For this exemption to be used, an investor needs to sign a prescribed statement confirming one of the following four criteria to be true:

HMT want to remove criterion (ii) and amend criterion (iv) such that the turnover threshold would be increased to £1.4 million, in line with inflation.

In addition, reliance on an investor meeting exempting criteria will now need to be based on “belief on reasonable grounds”, a greater ask than the existing requirement which is that a firm has a reasonable belief that the investor has merely signed a statement declaring themselves to be so.

As noted, the FPO’s scope will also be widened through changes to its treatment of cryptocurrencies. In July 2020 the government published a consultation, where they recommended bringing certain cryptoassets into the scope of the FPO and on 18 January 2022, HMT released their response to the findings. The case for intervention in the cryptoassets market centres on the prevalence of misleading advertising around the products and both their complexity and corresponding lack of suitable information. Certain cryptoassets are already subject to financial promotion rules and are caught by the FPO but others are, at present, unregulated. Respondents to the FCA’s Cryptoassets Taskforce’s report of 2018, noted that the division between cryptoassets that are or are not regulated, was sometimes unclear. Accordingly, a Policy Statement from the FCA has now clarified that all tokens that are not security tokens or e-money tokens constitute unregulated cryptoassets (examples of these include Utility and Exchange tokens such as Bitcoin and Ether).

The wording of the FPO allows cryptoassets to be caught by the FPR if they are both fungible and transferable because this makes them “controlled investments”. This is because such characteristics display obvious consumer protection red flags-consumers may expect such cryptoassets to hold a stable value, or rise in value, and/or expect markets to be sufficiently deep and liquid to allow them to sell their holdings easily and quickly. This is generally not the case with cryptoassets and hence why they can pose a risk.

The language HMT propose for the “qualifying cryptoasset” definition is: “any cryptographically secured digital representation of value or contractual rights that uses a form of distributed ledger technology and which —

There will be no change to the FPO’s territorial scope, which currently applies to all firms in the UK and overseas which issue promotions to UK customers. Once within the ambit of the FPO, the FCA holds all and any powers it needs for oversight and enforcement. Nevertheless, the FCA’s own consultation for potentially further changes will follow later in the year.

Consumer protection is strongly championed by these contemplated moves. Reasonable belief requirements will mandate stronger diligence and robust Know Your Customer procedures on the part of firms before they can avail of exemptions but equally, the consumer is encouraged too, as HMT suggest more information about firms being made available on their websites so that company research can be more readily performed. As the cryptoassets market continues to evolve, HMT recognise the potential that legislation will stifle innovation, but acknowledge that intervention will overall provide a proportionate and stronger benefit to consumers than the status quo,

The consultation will remain open until 9 March 2022.

For more information, and any guidance or advice on cryptocurrencies Cleveland & Co External in-house counsel™, your specialist outsourced legal team, are here to