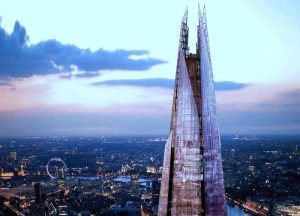 In prior English LIBOR cases, claimants have alleged that banks proposing financing products indexed to LIBOR or EURIBOR made representations (typically, implied) to the effect that they were not manipulating, and did not intend to manipulate, those rates. Misrepresentation claims of this sort have been a feature of the English litigation landscape for a number of years. However, the recent Leeds City Council and others v Barclays Bank plc and another [2021] EWHC 363 (Comm), has challenged this trend, when the High Court considered the applicable test for establishing reliance in a misrepresentation claim focusing, in particular, on whether “awareness” of the representation was required and, if so, what this requirement involved.

A number of different public authorities (the “Claimants”) had entered into various loan agreements between 2006 – 2008 (the “Loan Agreements”), which all referenced LIBOR in order to calculate interest or break fees. The Claimants argued that they had entered into the Loan Agreements as a result of fraudulent misrepresentations, to the effect that that the defendant, Barclays had not, and would not, engage in LIBOR manipulation. Importantly, the Claimants did not contend that their representatives gave any active consideration to this issue at the time.

Barclays applied to strike out the claims on the grounds that they were bound to fail, arguing that reliance was missing, as an essential element of any valid misrepresentation claim. Barclays’ position was that the Claimants’ pleaded case failed to meet the legal threshold required to establish that they had been induced to enter into the Loan Agreements by any misrepresentations Barclays may have made (which were also disputed, but which were not relevant to the strike out application). Important context to the claim was provided by the 2019 decision Marme Inversiones 2007 SL v Natwest Markets PLC & Ors. In that case, the claimant alleged misrepresentation in relation to certain EURIBOR-referenced swaps. Its claim failed because the claimant was unable to establish that the relevant representations were ever made. But the judgment nonetheless included a concise analysis as to why the court would also have ruled against the claimant on the issue of reliance, reviewing prior case law and concluding that “a claimant in the position of Marme in the present case should have given some contemporaneous conscious thought to the fact that some representations were being impliedly made”.

A side issue in the Marme judgment became central in the Leeds CC v Barclays strike out application. Barclays submitted that a necessary element of reliance in this context was “awareness”, in the sense of having a present and active appreciation that the representation was being made. The Claimants contended that, in cases involving implied representations, an assumption based on the representor’s conduct sufficed.

The Court concluded that:

The Court’s reasoning in Leeds CC v Barclays could present tremendous challenges to claimants still pursuing LIBOR claims before the English Courts, since it is unlikely that many bank customers would have given active consideration to the integrity of the LIBOR/EURIBOR processes at the time they entered into financial transactions. The fact that many customers may have only assumed an absence of LIBOR manipulation is now a reason why many of these claims cannot succeed.

In many misrepresentation claims, especially those involving express representations on matters of obvious and contemporaneous importance, reliance will continue to present a relatively low bar. However, in LIBOR/EURIBOR disputes, and other cases where the subject matter of the claim only becomes relevant after the deal has been struck between the parties, Leeds CC v Barclays is an important reminder that reliance can still present serious obstacles to claims in misrepresentation.

The decision will be welcomed by banks facing LIBOR-related claims, as well as by other financial institutions, as evidence that the English Courts remain alert to prevent customers from avoiding bad bargains on grounds which did not impact their decision making at the relevant time.

For more information, and any guidance or advice on LIBOR claims and how to transition away from it in light of its discontinuation, Cleveland & Co External in-house counsel™, are here to help.