Is rectification needed for mistakes in documents registered at Companies House? 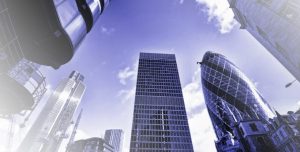 There are well-established principles that generally need to be applied where there is a mistake of some kind in a document which needs to be construed. However, the position is more complicated if the document is a public document. Instances involving various types of document (such as an injunction, a receivership order and a charge registered at the Land Registry) have come before the courts, but until now there appears to have been no analysis by the courts of the effect of a security document entered into by a company registered under the Companies Act 2006.

The recent High Court case of Pathway Finance S.À.R.L v London Hanger Lane Centre Ltd [2020] EWHC 1191 (Ch)[1] has been welcomed by practitioners as it confirmed that security documents registered at Companies House containing incorrect cross-references should be construed as providing the correct cross-reference, without the need for rectification by supplemental documents or additional filings.

Pathway Finance Sàrl (“Pathway”) entered into a facility agreement with several other companies within the same group for the provision of loan financing to those companies.

The incorrect date of the security agreement subsequently came to light, and the companies involved were uncertain about how effective the 87 deeds of accession were, particularly given the fact that they had already been registered at Companies House. As a result, Pathway sought a declaration that each of the deeds should be construed as containing the correct date for the security agreement or an order for rectification of them to correct the error.

The Court considered the approach taken to the correction of mistakes in documents in Chartbrook v Persimmon Homes [2009] UKHL 38. Under Chartbrook, it was held that in correcting drafting errors “the background and context must always be taken into consideration” alongside “what a reasonable person would have understood the parties to have meant”. Applied to Pathway, both parties knew about the mistake relating to the date of the security agreement and had clearly intended the date in the accession deeds to be 16 September 2011.

However, since the accession deeds appeared on the public register at Companies House, the Court needed to consider whether the public nature of the deeds “alter[ed] the availability or weight” to be attached to the surrounding facts of the case. In doing so, the Court referred to Homburg Houtimport BV v Agrosin Private Ltd: The Starsin [2003] UKHL 12, where it was noted that when interpreting a document, one needs to consider the background knowledge “reasonably available to the person or class of persons to whom the document is addressed”.

The case provides what will be a very helpful judicial explanation, for those involved in drafting security documents for companies, of the principles to be applied where a mistake is made in the drafting of a registered security document. In any situations where an existing document is cross-referred to in a later document, mistakes can creep in, and it is very likely that, despite people’s best efforts, there may be numerous instances of similar mistakes in various documents which are currently in effect.

In these circumstances the lender will often require the chargor to execute a supplemental document of some kind, either purporting to correct the mistake or setting out all the terms afresh without the mistake. That takes time and expense (and causes inconvenience and embarrassment), and may require an additional filing at Companies House.

In this case, the uncertainty about the combined effect of the mistake and the registration by the Registrar of Companies led the claimant company to seek a declaration. The court’s decision may now reassure other holders, and issuers, of security which contains an erroneous cross-reference to an existing document, or possibly other types of mistake as well, that nothing further needs to be done.

POINTS TO TAKE AWAY

The Court held that the true construction of the accession deeds referred to the security agreement dated 16 September 2011. Interestingly, the Court admitted that, had it not been prepared to declare the above, it would have granted relief by rectification in any case.

The outcome of the Pathway case serves as a reminder that mistakes in security documents, however small, can be expensive to remedy given the time and costs incurred in considering how to correct this error.

Thankfully, this sensible and pragmatic decision demonstrates that the courts will weigh up the alternative methods of construction and rectification when considering the means of correction, and that in deciding to use construction to remedy a mistake, the background facts of the case will always be considered and whether the “public” nature of a document affects those background facts.

For more information, and any guidance or advice on drafting and negotiating your commercial documents and effecting Companies House registration, Cleveland & Co External in-house counselTM, your specialist outsourced legal team, are here to help.