Case Law: Can an exclusion clause or liability cap apply to a deliberate or fundamental breach? 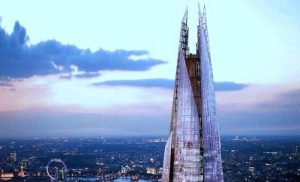 Most business-to-business commercial contracts will include provisions which limit either one or both parties’ liability towards the other. Examples of the type of clauses which aim to achieve this are:

However, there has always been a question as to whether these clauses apply, if a party deliberately breaches the contract or if its breach is so fundamental, it deprives the other party of the benefit of the contract.

In the case of Mott MacDonald Ltd v Trant Engineering LTD [2021] EWHC 754 (TCC) the Technology and Construction Court (“TCC”), The High Court recently confirmed, by way of summary judgment, that there would be no presumption that a party who “deliberately and wilfully” breaches a contract cannot rely on an exclusion clause which upholds longstanding authority in the interpretation and application of exclusion clauses. Therefore, in order to exclude such breaches specifically, the wording of a clause must be clear in its drafting.

The case centred around a dispute arising from a project to build a power station on the Falkland Islands. Mott MacDonald (“MM”) had signed a contract to provide design consultancy services to Trant Engineering (“Trant”) at the military base at RAF Mount Pleasant in the Falkland Islands. However, a dispute broke out between MM and Trant concerning the scope of works and payment, which resulted in MM revoking Trant’s access to the shared access software which was implemented and controlled by MM. Trant sought an interim injunction to allow it to access the project software (“First Dispute”). This dispute was ultimately settled in the TCC with both parties entering a Settlement and Service Agreement (“SSA”) which dealt with both liability for the First Dispute and established the parties’ obligations in respect of the project moving forward.

However, in 2021, both parties were again contesting another dispute at the TCC, this time the allegations centred around a breach of the SSA. The SSA contained three clauses which limited or excluded MM’s liability in the event of a breach: (i) a liability cap of £500,000; (ii) specific exclusions on liability; and (iii) a net contribution clause.

Although Trant had paid an initial invoice of £500,000, a further invoice of £475,000 was not settled by Trant, which led to MM issuing proceedings and pursuing Trant for non-payment of sums, amounting to £1.6m. However, Trant counterclaimed for £5m, alleging that MM had “fundamentally, deliberately and wilfully” breached the terms of the SSA by a refusal to perform their obligations under the SSA. MM denied it had breached the terms of the SSA but sought summary judgment on the issue of whether liability for “fundamental, deliberate and wilful” breaches of the SSA would fall within the scope of exclusion clauses limiting and restricting liability.

THE CASE AT THE HIGH COURT

The TCC granted summary judgement to MM. Judge Eyre QC was very thorough in his judgement as he noted there are conflicting authorities on this issue. In the case of Internet Broadcasting Corp LTD v MAR LLC [2009] EWHC 844 (Ch), the High Court held that there was a presumption that a party in deliberate repudiatory breach of contract cannot rely on an exclusion clause. That presumption can only be displaced by strong express language in the contract. However, in the later case of AstraZeneca UK Ltd v Albermarle International Corp [2011] EWHC 1574, the presiding judge, Flaux J, stated that this approach was contrary to precedent and declined to follow it. This was subsequently supported by LJ Lewison in the case of shared Network Services Ltd v Nextiraone UK Ltd [2012] EWCA Civ 1171 (albeit in a non-binding judgment).

The judge in his ruling at the High Court, explained that in order to exclude liability, if there is a deliberate or fundamental breach, clear drafting is required. However, this does not require the clause to refer to deliberate and fundamental breaches specifically, provided the clause is set out in clear language capable of covering them. As the clause in the contract at issue, was clear in language and in broad terms, that was sufficient.

Although summary judgement was awarded to MM, it should be noted that neither case takes precedence over the other (as they are all High Court cases). However, should this issue find itself in the appellate court, it is expected that the court will take the opportunity to formally overrule the judgement in Internet Broadcasting Corp Ltd v MAR LLC.

The decision in this case confirms that exclusion and liability clauses will be strictly interpreted and that parties cannot rely on legal presumptions being implied to alter how the clause will be interpreted. This obviously provides a welcome certainty for those with a lot of commercial contracts in place. However, it is important to ensure that such clauses are professionally drafted as the High Court recognised that if an exclusion clause excluded all liability for a breach, the clause is unlikely to apply, which could mean that a party’s liability is unlimited.

For more information, and any guidance or advice on exclusion clauses and caps on liability clauses in commercial contracts, Cleveland & Co External in-house counsel™, your specialist outsourced legal team, are here to help.