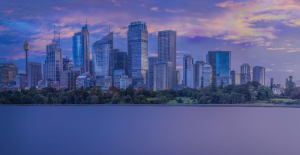 Several financial regulations have come in place over the last few months to increase accountability as well as enhance consumer and investor protection. Most notably, there is the introduction of the Financial Accountability Regime (“FAR”) which will impose greater accountability obligations. The introduction of the Compensation Scheme of Last Resort (“CSLR”) as well as the banning of Binary options will aim to enhance consumer and individual protection by providing victims with compensation and preventing retail client losses accordingly. More so, it has been announced that cryptocurrencies will not be taxed as a foreign currency and the A New Tax System (Goods and Services Tax) Act 1999 and the Income Tax Assessment Act 1997 will be amended.

Following the Financial Services Royal Commission’s 2019 Final Report on Misconduct in the Banking, Superannuation and Financial Services Industry, the Australian Government reiterated the Financial Accountability Regime Bill 2022 (Cth) after the identical 2021 Bill lapsed due to the April election. The Bill aims to strengthen and increase financial entity and individual accountability across industries regulated by the Australian Prudential Regulation Authority (“APRA”) and implements several recommendations put forth in the 2019 report – namely, there will be a new accountability regime put forth for institutions and their senior executives in the banking, insurance, and superannuation industries. This proposed regime is to be regulated by both APRA and the Australian Securities and Investments Commission (“ASIC”) (together known as “the Regulators”). The new framework intends to ensure that entities regulated by APRA – known as the accountable entities – take reasonable steps to conduct business with “honesty and integrity, and with due skill, care and diligence”, cooperate with the Regulators, ensure senior executives and other key personnel (“accountable persons”) comply with laws ensuring reasonable standards of conduct and to ensure related entities whose activities affect accountable entities also comply with the same frameworks as the accountable entities themselves.  The Bill introduces the Financial Accountability Regime Minister Rules 2022 which will be the legislative instrument making rules regarding the carrying out of FAR.

Legislation to implement the Financial Services CSLR was introduced into Parliament on 8 September 2022.  The objective of the CSLR is to afford compensation of up to $150,000 to unpaid victims, who have received a determination by the Australian Financial Complaints Authority (“AFCA”) to have suffered financial misconduct relating to personal financial advice, credit intermediation, securities dealing and credit provision and are left without redress when a firm becomes insolvent. The CSLR is to be funded by an annual industry-funded levy in which the financial services industry is expected to meet the shortfall when consumers of misconduct go unpaid.

ASIC has extended its ban on binary options until October 2031, following the finding that the trading of binary options resulted in significant losses being incurred by retail clients. In early September, ASIC released Report 736 Response to submissions on CP 362 Extension of the binary options product intervention order which underpins the decision to ban binary options and details that the following problematic product characteristics ultimately resulted in the ban:

The Australian Government has announced that cryptocurrencies will not be taxed as a foreign currency under the foreign currency tax arrangements and legislation would be introduced to reflect such. Capital gains tax will continue to apply to crypto assets that are held as investments. This amends the A New Tax System (Goods and Services Tax) Act 1999’s definition of “foreign currency” and the Income Tax Assessment Act 1997’s definition of “digital currency”.

It’s interesting to note that there has been a shift in regulator efforts to better focus on key principles of fairness, honesty, and accountability at both the large scale and individual level. As such, FAR will be operated by ASIC and APRA to hold relevant parties accountable. Further, the CSLR and the banning of binary options will endeavour to protect investor and consumer interests. Lastly, cryptocurrency is not to be taxed and will be reflected as such in the relevant legislation.

The intention of the update is to strengthen consumer and investor protections, and ensure principles-based regulation e.g, increases in the legislation of rule requirements like ‘integrity’ and ‘fairness’, and personal accountability.

For more information, and any guidance or advice on Australian regulator changes in the financial services sector, Cleveland & Co, your External in-house counsel, are here to help.