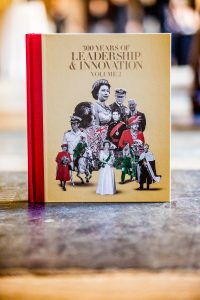 Cleveland & Co are delighted to be featured in the official History of Parliament Trust publication entitled ‘300 Years of Leadership and Innovation’, where we will be featured in the Women in Leadership chapter which includes innovative companies that are run by women, profiles of female professionals and organisations that champion “women in business”.

The publication celebrates leadership in Britain and beyond over the past 300 years across a full spectrum of British Society and is being launched to coincide with the 300th anniversary of the appointment of Britain’s first prime minister, Robert Walpole, in 1721, and in the year of Her Majesty The Queen’s 95th birthday.